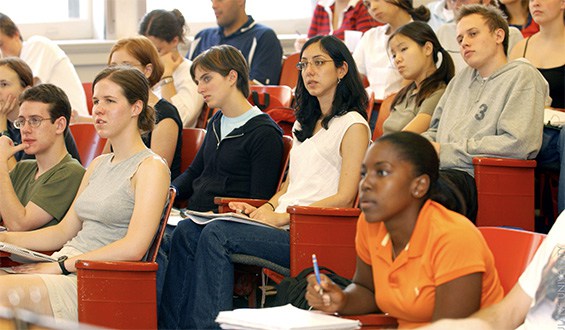 Here’s a clear, real-life illustration of the use of Restorative Justice (RJ).  Skidmore professor David Karp tells the story of how the college handled two virtually identical incidents before and after the implementation of a RJ campus discipline system.  Karp literally wrote the book on College Campus Restorative Justice initiatives.  He’s a frequent speaker at national and international conferences, where I heard this story.

Both incidents involved young men who were very drunk.  In their stupor, each had lost the key to their dorms.  Each had the genius idea of getting back into the dorm by climbing through a first-floor window.  Each had the ill luck to choose the single room of a female student.  Each scared the bejeezus out of that young woman.

CASE #1:  The young woman complained, rightly, to the campus Disciplinary Board.  When she met with the Board, she gave her testimony and left.  Separately, the young man also met with them.  The Board imposed a set of sanctions on him as a condition of staying on campus.  Key was that he was to have no contact with the girl.

Separating a wrong-doer from the victim seems to make good sense.  Don’t subject the victim to further exposure with the guy who hurt, or in this case, scared her.  But the girl remained fearful.  Could it happen again?  Had he targeted her?  Was he still a threat to her or anyone else?  Surely you’ve had the experience of letting your mind go wild with negative possibilities when you don’t know anything about the random person who did you wrong.  I was once robbed and remained frightened for months afterwards, not knowing exactly what threat to us was lurking out there.  The unknown can be terrifying.

So, though sanctions had been imposed, they didn’t stop the feelings involved.  In this case, the offender became resentful of the girl for getting him into such trouble.  Yes, he made a bad mistake, but he felt more harshly punished than he deserved.  And as happens on gossipy college campuses, she found out that he was angry, provoking yet more feelings — more fear, defensiveness, anger.  Then he heard that she knew he was angry, which just made him madder.  As Karp says, “worst case scenario.”  The tensions grew with no mechanism for resolution.  Full-on kicking him out would have been too severe, so they were stuck.  Ultimately the Board’s decisions didn’t do anyone much good.

CASE #2:  The basic facts are the same, though a bit more serious because the female student was just getting out of the shower.  She screams.  He screams.  They’re both terrified.  He pushes past her, so there was some physical contact.

When she filed her complaint, she was offered the Restorative option, which was new to Skidmore at the time.  She could either take him before the Discipline Board per usual, or both of them would go to “conference,” which is to say a supervised, facilitated conversation.  RJ options are always voluntary.  First and foremost, the victim chooses.  And if the offender refuses to participate, the matter goes the traditional route.  A trained facilitator talks to each party separately about what to expect and what they would want out of the face-to-face meeting.

The young woman came with three specifics she wanted to discuss:

1.  She wanted him to understand her fear.  Her terror was not an abreaction.  A naked woman, alone and confronted by a male intruder, fears many things, not the least of which is rape.  So they talked about rape.   And that led to the two of them considering how they could work together to help others understand the ugliness of rape itself and the fear of it.

2.  Why was he so drunk?  What is it about college that excessive drinking is the entree into most social circles?  Was it even possible to organize an alcohol-free social event that would actually be attractive to Skidmore students?  He agreed to work on arranging one as part of his reparations to her.

In other words, the RJ process opened up important conversations, all of which had ramifications beyond the two students.  They were no longer strangers.  And they weren’t potential enemies either.  The icing on the cake was that the incident generated ideas and actions aimed at preventing similar incidents in the future.

The traditional kick-out system focuses on the establishment of guilt or innocence and punishing the guilty.  Restoration examines the context in which the offense took place and works to heal both the parties involved — and to change that context, when needed.

Revenge can be very satisfying.  But it rarely teaches anything positive.  Vengeance against the many drunk college men who’ve behaved very badly over the years hasn’t done a thing to prevent more drunken young men from doing the same.

Originally Published 17 AUG 2016 by EducationNews.org — Revenge may be satisfying, but it rarely leads to positive change.